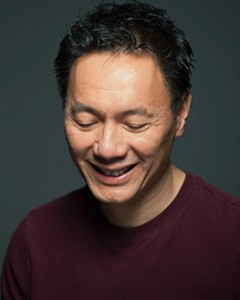 Born in Vietnam and raised in Orange County, California, Tommy Wu is a self-taught photographer who ventured into photography in his late 30s after a career as an engineer. Tommy’s work can be described as a cinematic capture of the deeply personal, and his ability to capture the color and movement in somewhat muted spaces is a feature that takes Tommys’ work into the realm of fine art.

In 2012, Tommy was awarded first place from Photo District News (PDN) magazine’s Street Scene competition. In the same year, his work was also chosen to be exhibited at the American Photographic Artists (APA) “Off the Clock” juried show. His work has been shown in various shows throughout California. In his downtime Tommy works on independent film productions and is an amateur chef.

On lockdown, Friday is just another day. Enjoy som

Be still.  Amid the crisis, we can take time to

Long exposure portraits was like a box of chocolat

I have long been loving color gel and long exposur

Color, shape and texture. Now you have it all. - -

How can I not take a shot at this? Lone palm and a

I have a weakness for classic car. Palm Springs Li

The cliche is "practice makes perfect." For this c

I always have a weakness for dream like and ethere

I always want to challenge myself and try somethin

This building is in the north end of downtown Palm

This iconic building has been a challenge for me t

Load More...
This error message is only visible to WordPress admins